Please Read This:
Depression And Dementia

In order to confirm a correct diagnosis, it is imperative to understand the correct form of dementia and the correct cause. Abnormalities in hormone levels can cause non-degenerative dementia, which progresses much more quickly than some of its degenerative counterparts.

What Are Hormone Abnormalities?

Hormone abnormalities are imbalances of hormones in the bloodstream that can cause metabolic problems and lead to non-degenerative forms of dementia. It is first necessary, when dealing with non-degenerative dementia, to rule out any other factor that could potentially be causing the condition.

Hyperthyroidism and hypothyroidism have been known to cause reversible cognitive damage through the resulting hormone imbalances, and hormone therapy late in life has also been linked as a contributing cause to non-degenerative dementia. 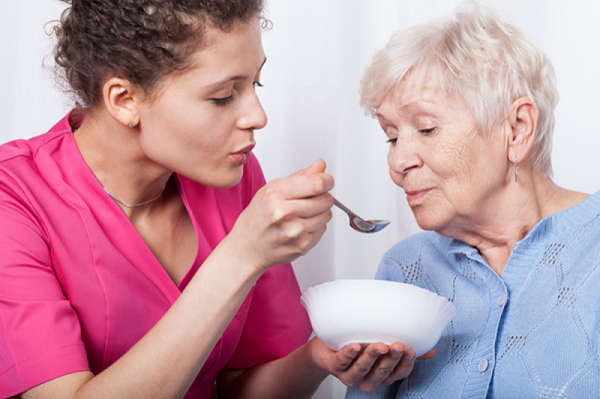 Hormone abnormalities that lead to dementia can occur from endocrine disorders like Cushing's disease or Addison's disease, exposure to heavy metals (including lead, arsenic, mercury, or manganese), very high levels of blood calcium or cirrhosis of the liver. Additional risk factors include nutritional disorders or imbalances, such as a deficiency in B-vitamins, or protein-calorie malnutrition.

Hormone abnormalities can be detected through blood chemistry, monitoring blood composition and determining whether there are indications of endocrine disorders or other hormone imbalances in the patient's lab work.

The symptoms of dementia that stems from hormone abnormalities are very similar to those of degenerative forms of dementia, though they can differ from individual to individual.

Some of the symptoms of early stages of hormone-related dementia may include:

More severe symptoms that commonly develop later can include:

Most treatment options for dementia related to hormone abnormalities focus on managing the symptoms of the condition, or attempting to slow its progression. Many medications that are used to effectively manage Alzheimer's disease and other degenerative forms of dementia are not effective for this kind of dementia. Despite this, some of these medications are still used in conjunction with other forms of treatment designed to control the symptoms of the condition.

Distinguishing between degenerative and non-degenerative forms of dementia is essential in determining the root cause of a patient's cognitive lapses. Patients with a history of endocrine disorders, or those with hormone imbalances due to thyroid disorders and/or hormone therapies are especially prone to the development of dementia later in life. Few treatments specific to hormone-related dementia exist, but as a non-degenerative form of dementia, many other treatment options are available.